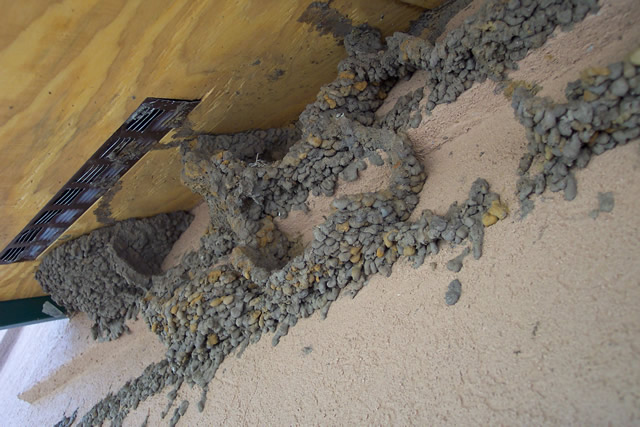 “My job is to sell cars, not remove swallows,” I protested.  I’d only been working at this used car dealership for three weeks, but I’d already had this conversation with my boss several times.  She looked annoyed at me, which was dangerous, because I really needed this job.  Already it was paying better than my last job, and I’d been able to pay off a credit card bill down to a zero balance, so I wanted to keep it.  I was really good at it, too, and I knew my boss was as happy as I was with my success.  She was also tired of having this conversation with me.

“How do you expect to sell cars when there is a swallows nest in the undercarriage?  Or when it’s all covered in bird droppings?”  She sighed.  She was excellent at her job, too.  I just found out she’d been here less than a year, but she’d pretty much saved the car lot from going under.  She’d hired better salesmen, got a great working relationship with a local bank that offered good rates to our customers, and improved the look of the place to attract more business.  It had paid off and the place was making more money than it ever had.

But, over the last few weeks, she found out she had a swallow removal problem.  Swallows descended on the car lot, for some reason.  They made little mud nests in every nook and cranny they could find.  Mud nests were tucked up under the eaves of the main building.  We’d found swallow nests in wheel wells, car undercarriages, and in the rafters of the garage we used to detail the cars.  Swallows return year after year to their roost, and the previous manager hadn’t done anything about it, so we now had a booming swallow population on site.

Under new management, swallow removal was added to every employee’s job description.  And, I was getting tired of it.  I wanted to get to work, dressed nicely and ready to sell cars.  Instead, I had to help hose down half-built nests.  I’d carry special cloths to wipe swallow poop off a car that I wanted to show a client, and then I’d feel filthy until I was able to get back inside and sanitize my hand.  Sales meetings focused on swallow removal techniques instead of the best sales methods.   We’d tossed around ideas ranging from covering the entire lot in bird wire to installing a sonic bird repellant device.  A co-worker half-jokingly suggested getting a falcon or two to get rid of the swallows.

I knew this was a real sticking point with my boss, and it was for all of us, too.  She didn’t want to sink a lot of money into a scheme that might not work, and I think she was hoping the problem would just go away soon.  I handed her the phone number of a swallow removal service, and she finally conceded that it would cost her a lot less money to get professionals out here to get rid of the swallows.  Maybe, just maybe, we won’t have to go through this again next year.