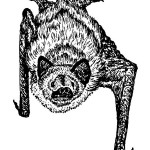 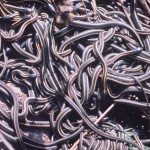 As municipalities ramp up for spring and prepare for upcoming construction projects, leaders are discussing how bats and snakes may affect construction projects, including roads and bridges.  White nose syndrome has taken a massive toll on the bat population in America, particularly in the northeast, prompting U.S. Fish and Wildlife Service to explore placing northern long-eared bats on the threatened or endangered species list.  Lawmakers in Michigan and other states are petitioning for more time for public comment before USFWS makes their decision, because they say construction jobs are at risk if these bats are designated as threatened or endangered.  Implementing further protection laws may place “undue economic burden on regions impacted by white nose syndrome,” by putting construction projects on hold or eliminating the projects altogether.

This week just north of Washington State, at Boundary Bay in Canada, construction workers repairing a dike unearthed over 500 garter snakes hibernating under the rocks.  Construction was halted as the harmless snakes were gathered up in bins and buckets and delivered to British Columbia shelter, and shelter employees treated those snakes who were unintentionally harmed during construction work.  These snakes are due to be returned to the site in the spring, after the construction is done, but it’s a stark reminder how construction work affects local populations of snakes and other wildlife.

Mining companies may have to abandon mines where bats hibernate.  Electrical providers, road construction crews and oil companies laying pipeline may have to conduct surveys and bat relocation efforts before cutting down trees in which the bats roost.  Construction of buildings and roads will be halted or put on hold when snakes are unearthed.  Road and bridge construction crews may need to carefully work around bat populations.

It is a difficult and delicate balance, between the needs of human populations and the needs of our local wildlife.  There is no question that jobs are at risk, and so is the habitat of these wild animals.  Taking it one step further, when construction projects unearth snakes or disturb delicate bat populations, these wild animals are forced to seek shelter elsewhere, and sometimes that is a home or warehouse or office building.  That is where Allstate Animal Control comes in.  The wildlife trappers and technicians who work with us are local to you.  That means they are most familiar with the wild animals in your neighborhood, the federal and local laws protecting those animals and dictating how they are to be handled, and they have the experience and skill to humanely remove bats, snakes and other wild animals out of walls, attics, chimneys, crawlspaces or wherever else the animals have gotten into.  It is up to our lawmakers and the U.S. Fish and Wildlife Service to determine how best to protect both construction needs and jobs as well as our wildlife.  It is up to Allstate Animal Control to remove wild animals out of your home or property and keep them in their natural habitat.  It’s better for your safety and health, and it’s better for the safety and health of these wild animals.