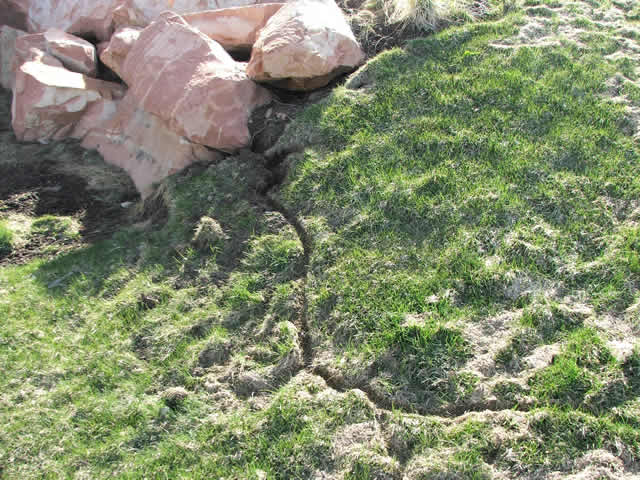 Most people don’t think about vole removal in the middle of the winter, but let me tell you, it’s one of the best times to think about it, at least for us raccoons.  Let’s face it, you take too much care of your yard, and voles spend the winter destroying your hard work.  You don’t know it, but we’re watching during the beautiful, warm months as you sweat in the sun, pruning, cutting, raking, and destroying vole homes, holes and tunnels.  Personally, as a raccoon, I can’t understand why you would waste so much time.  If you just let the grass grow up longer, or left that pile of leaves and sticks alone, you’d have a thriving vole population.  Mmmmm, juicy, crunchy little voles.  Admittedly, I love to hang around the places that have lots of voles.  Easy pickings and easy meals.  But, it gets kind of crowded at those places, and when the skunks move in, it’s time to find someplace else.

Which is why I’m here.  You think you’ve done everything you could do to get your lawn ready for the winter.  But, when the snow comes, and lays down a blanket over your nicely cropped and hibernating grass, the voles come out to eat and play.  They make little tunnels that stay warm enough for their tiny little yummy bodies, and then they chomp through grass or dig tunnels just underground and munch on those flower bulbs you took so much time to plant.  You think you’re getting tulips and daffodils in the spring?  Think again.  I can tell you right now there’s enough voles hanging out in that layer between the snow and your yard that you’ll be lucky to get a flower or two to pop up.

And those voles think they’re so safe, because you’re not doing anything about vole removal.  They think they’re safe because we raccoons can’t see them as easily when they tunnel under the snow.  You won’t know they wintered at your place until the snow melts and you’re left with a yard full of trails of dead grass.  But, I still have ears, don’t I?  I can still hear them under the snow, rattling against a dead leaf your rake didn’t pick up or using their tiny paws to rustle through the grass.  It might be a little bit of work for me to pinpoint exactly where the vole is tunneling, but if I pay close enough attention and listen carefully enough, with enough patience, I can usually pounce on them.  My paws will grab them and I’ll snap them up, and you’ll have your vole removal done for you.

I don’t even charge anything.  Well, room and board, but what’s that for a raccoon?  I just need a place to hole up.  Maybe a warm place for me to have little raccoon babies in the spring.  And, when the vole removal’s all done, then I might be able to help myself to your garbage or pet’s food.  You won’t mind, will you?