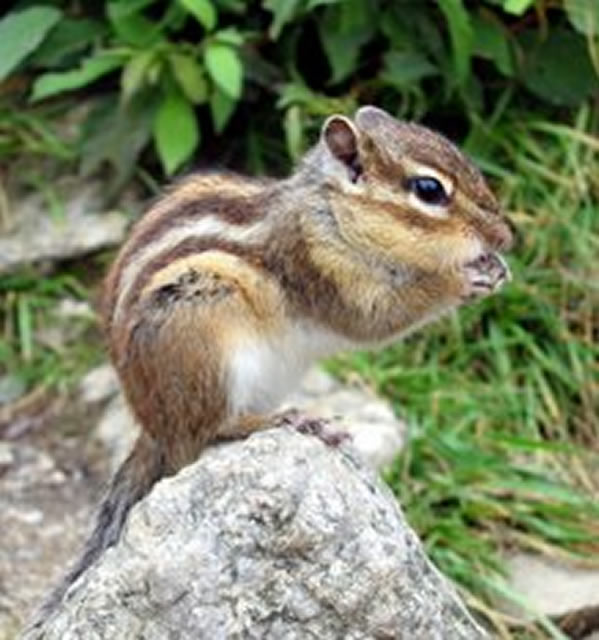 “Hey, Rookie, how do you get rid of chipmunks?”

“What?  Is that a new thing? I don’t remember that being in our reading material.”

Allan was still in high school, but was taking some EMT classes and had signed up to do some ride-along shifts with his town’s fire department.  He’d thought he’d get to wear the fire gear, ride the trucks with the other guys, and see a lot of big-time emergencies.  So far, his shifts involved studying a lot, reading through manuals, helping lead school tour groups through the fire station, and being the butt of a lot of jokes.  He liked the guys at the station, but they had waaaay too much time on their hands sometimes.

The captain laughed.  “No, chipmunks aren’t covered in the manual, but what would you do about THIS?!”  He opened up a door to one of the sleeping quarters and a little furry body blurred out of the room.  Allan let out a surprised yell and jumped back.  Everyone laughed as Allan realized a chipmunk had somehow gotten into the firehouse and was running around.  The captain threw an empty box at him and told him to catch it.  Allan looked around and realized he wasn’t the only one with an empty box.

Some of the guys took a stalking approach, trying to sneak up on the chipmunk anytime it stopped someplace.  A couple of them gave up their pride and leaped and ran after it, laughing and bumping into each other and everything else in their way.  Allan decided on a different approach.  He grabbed a handful of nuts from the kitchen, lay them on the ground in a quiet corner, and waited for the chipmunk to come to him.  Once the other guys realized what he was doing, they stopped running around, quieted down, and waited to see if it would work.  Soon enough, the chipmunk smelled out the food and stopped to investigate just long enough for Allan to drop his empty box over the top of it.

He couldn’t hide his grin as he paraded the box outside and let the chipmunk go, to the applause of all the guys on duty at the station.  It was a great moment, even if it wasn’t saving someone from a burning building.  The captain let him have his moment and then ordered, “Okay, everyone, we gotta figure out how it got in the building.  Chipmunks can leave lots of little entry holes so they can get in and out, and other animals like to use those same holes.  I don’t want to step on a snake or mouse in the middle of the night!”

Allan realized that emergency response teams had to know how to deal with all kinds of emergencies, even if it’s just how to get rid of chipmunks in the firehouse.