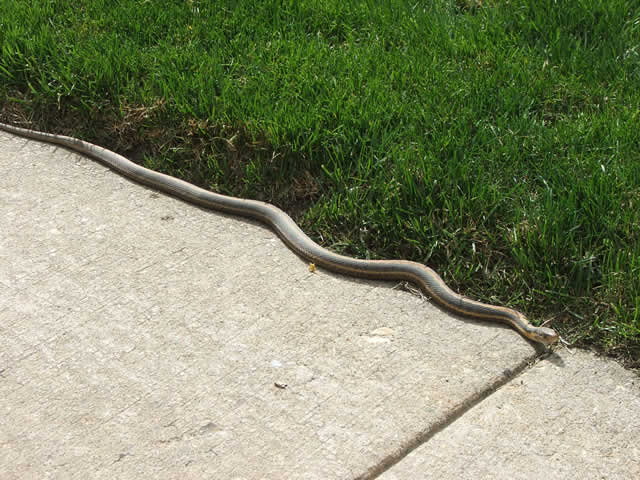 I’m afraid to get snake removal done until all the other pests are gone, too.  I swear, it’s been like my little farm has been plagued lately, and I don’t know how or why it started.  My family’s lived and worked this farm for five generations, now, and as far as I know, we’ve never had this kind of problem before.

Sure, it’s a farm, so we have our share of mice and other pests.  This year, for some reason, the mouse population has skyrocketed.  I’m finding mouse droppings all over the place, not just in the barn.  They’ve started coming in the house, too.  I’ve set out mouse traps, but I can only catch a few mice that way.

So, when I spotted a few larger snakes on the property, I have to say, I welcomed them at first.  I thought they’d help keep the mouse population down.  But, now, we’re dealing with more snakes than I’ve ever seen, and we’ve got to have both problems gone.  Mouse removal, then snake removal.  Simple as that.

I don’t know what kind of snakes they are, but they’re definitely bigger than the usual garden snakes we have.  The garden snakes have been great, because they eat crickets and other bugs, they shy away from people, and they just leave well enough alone.  But, these bigger snakes are a lot more bold, and I think they’ve gotten in the house, too.  I’m sure they’re just after the mice.  Since the bigger snakes showed up, we don’t have as many mice in the house, but I found some snake skins in the attic, which just horrifies me.  I guess snakes can get into the walls, and then slither up the inside of the wall all the way up into the attic.  Where else can they go?  I hate the thought of maybe stepping on one inside the bathroom or kitchen.  What if they’re poisonous?

My son went out to work in the garden the other day and lifted up a tarp, only to find three of them curled up under there.  Fortunately, none of them attacked him, and by the time he came back with a shovel to kill them, they’d all disappeared somewhere.  I’m nervous about having him work in the garden now, or even the barn, because I don’t want him bitten.