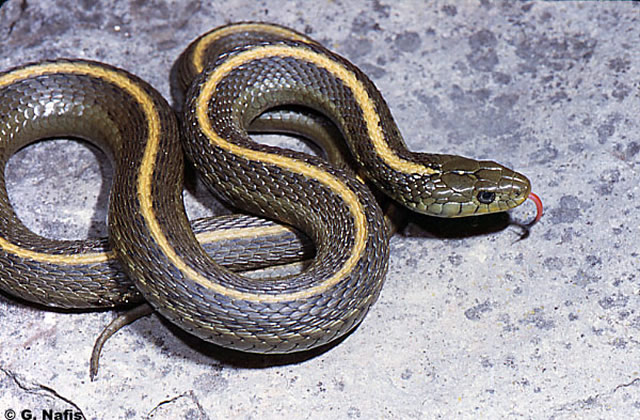 I hated that I couldn’t be sure she was wrong.  My daughter had been terrified for two days ever since my wife saw a snake in our bathroom.  It was gone by the time she’d gotten me, and we didn’t know where it was, or if it was even still in the house.

For a while, we’d suspected something like this.  I’d found a shed snake skin in one of the downstairs closets, and we’d been hearing noises in the walls for some time now.   The rustling noise in the wall behind my bed was often loud enough to wake me up, and now we were finding evidence of a snake.  My wife described what she’d seen to me, and we were pretty sure that it wasn’t one of the couple poisonous snake.  But, I wasn’t comfortable with “pretty sure,” and the thought of a snake, even a non-venomous one, biting my wife or my daughter had me pretty upset.  It was keeping my daughter awake at night now, too.

“I know, I know, but you don’t need to be scared.  Mommy and Daddy are home and we are protecting you.  The snake is more scared of us and doesn’t want to hurt us.  It’s probably just here to eat mice or rats.”

I winced.  I could’ve kicked myself.  My daughter didn’t know the rustling sound in the walls was likely a family of mice or rats, or some other creature that first attracted the snake into the house.  I knew snakes couldn’t force their way into a home.  They used holes chewed by other animals, and then just followed their food.  I’d already checked around our foundation and in our basement.  We didn’t have a nest of snakes, so far as I could tell.  It was probably just the one, chasing down a meal.  But my daughter didn’t need to know that.  Fortunately, she hadn’t picked up on my last comment.  She was more focused on staying awake to make sure the snake didn’t get her, and I assumed she had snake nightmares when she did fall asleep, poor little girl.

I’d searched around the house and tried to find any openings.  I’d found a few very small holes, probably made by chipmunks or mice, but I was inexperienced at this kind of thing.  It was time to find out how to get rid of snakes, and whatever else had attracted it.  I wanted my daughter to be able to easily fall asleep at night, I didn’t want my wife to be unpleasantly surprised by a live snake on the bathroom floor again, and I wanted to be able to sleep the whole night through with no rustling noises in the walls.  Time to get a professional.  Enough was enough!