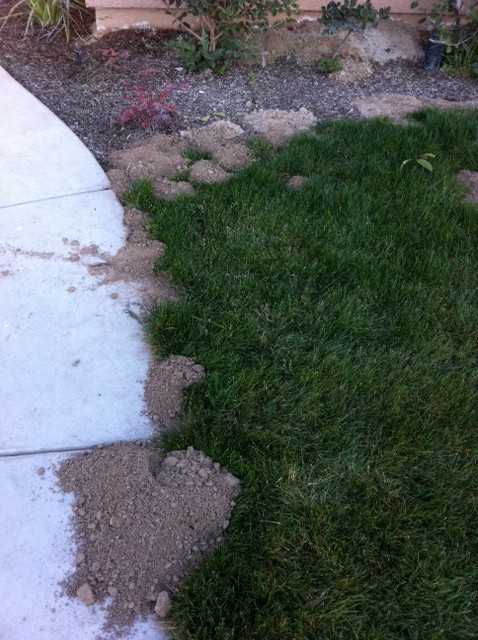 “Son, what I’m about to show you is vital gopher control information, or as I like to call them, rodents of mass destruction.”

It looked like my granddad wanted me to perk up and be all ears for this vital piece of information he was going to share with me.  He had worked this farm all of his life, and had been disappointed and proud when his only son, my father, wanted to become a lawyer instead of a farmer.  I don’t know if my father wanted to make up for this somehow by sending me to live with my granddad for a few summers, or if he really thought it would help me become a better man, but for whatever reason, here I was stuck on this hot, dry patch of earth for the summer instead of hanging out at the beach with my friends.

Last year, when I arrived, my grandmother greeted me with a huge smile, an even bigger hug, and a large lunch before sending me out to work alongside my granddad as he cleared debris out of the canal.  It wasn’t exactly what a thirteen year-old boy wanted to do after a long and lonely plane trip to the middle of nowhere.  I would have much rather spent the afternoon adjusting to farm life by playing a few computer games and then going into town to meet some of the local kids and try to have fun.  As it was, it was two weeks before I even got into town.  Everyone kind of dubbed me a snob from a big city, so it wasn’t until the very end of the summer that I actually made a couple of friends.

We hadn’t kept in touch after I left, but here I was again, looking at another dismal summer doing farm work for which I was completely unprepared.  My surfer muscles didn’t really help me pitch hay, although my granddad was impressed that I was “strong enough to last longer than last year.”

But, now, the two of us were standing in the middle of a field dotted with small gopher hills.  Granddad had already shared with me his impressive cussing skills, when one of his monstrous farm machines ran over one too many gopher hills and broke.  Now, he was going to impart his wisdom regarding gopher control to me, and acted like he was giving me a major gift that would help improve my life tremendously.

“Son, I’ve tried all the tricks.  Oil, poison, traps.  I’ve sunk a lot of money this last year into gopher control, and I have finally found the secret.”  He reached into his pocket, where I assumed he’d hidden some secret vial of goop he’d cooked up.  Instead, he pulled out a cell phone, called a gopher control service, hung up and looked at me.  “Nothing to be done for the rest of the day until they get rid of the gophers for me.  How bout going into town for some ice cream?”

I never thought I’d be grateful for gophers, but I sure was that day!