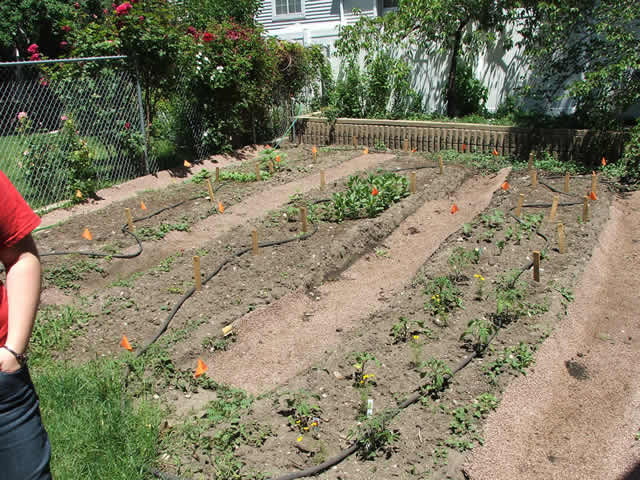 For some reason, I assumed that I wouldn’t have to worry about getting rid of rabbits from my new garden.  I realized it probably happened to some people, but that cartoons and children’s books made it seem like a bigger problem than it actually was.  I had visions of shotgun toting bald men chasing cartoon rabbits out of their garden.  It didn’t happen in real life, did it?

As you can tell, I was new to gardening.

I had decided I would see how self-reliant I could be.  A couple neighbors had lost their jobs, and, while it didn’t seem like it could happen to me, I thought it was a wake-up call.  I cut back on my frivolous spending, shopped with coupons, and decided a garden would help me be self-reliant and save money.

I spent a few days planning out my garden, deciding what I would plant, where I would plant everything, if I would use a water drip system or hose it down by hand, how I would handle weed control.  I stayed up late into the night researching gardening tips online.  Not once did I think about how to keep rabbits out of the garden, or how to get rid of rabbits that might come uninvited.

I tilled a large portion of my grassy yard, and turned it into a garden plot.  I got a truckload of good soil and blistered my hands hoeing it into the dirt.  I spent the money on a good drip water system and worked two entire Saturdays figuring out how to put it together and lay it out correctly.

I purchased the seeds.  Carefully and excitedly, I planted each one to the depth marked on the seed packet.  Day after day, I went out and pulled weeds, after making sure I wasn’t pulling up the vegetables and herbs I’d planted.  My water system worked perfectly and within a month, I cheered as I started seeing little bits of green sprouting up in the dirt.

Within 3 months, I was happily eating spinach salads and steamed green beans, all fresh out of my garden.  It was official.  I was a gardener!

Then, one day, I walked out to see disaster.  My beautiful spinach bunches had been nibbled almost to the ground.  My tomato plants that had just started showing buds of tomatoes were gone.  I wouldn’t be eating cucumbers from my garden anymore.  Even my water system had been destroyed in places.  I was devastated.  I thought of all the time I’d devoted to this garden, and all the money I thought I’d save.

You can bet that I got rid of those rabbits that year, and the following spring, I spent plenty of time figuring how I would keep rabbits out of my precious garden.  Cartoon rabbits might be funny, but the damage real rabbits cause is no joke to a gardener.