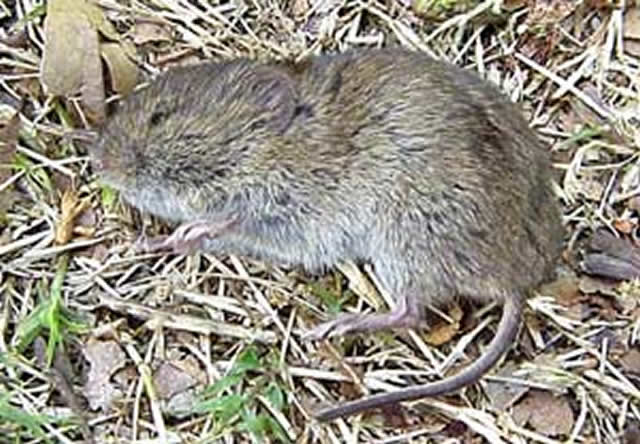 My landlord says we can’t have any pets, but he seems to be completely okay with a vole in the house, as long as it’s not a pet.  He swears there isn’t a mouse problem or a rat problem, but I started to doubt that when I saw some little brown, black and gray pellets in several different places throughout the house.  They weren’t in the kitchen, thank heavens.  But, I found some little droppings scattered under the bathroom sink, in the garage, and by one of the basement windows.  When I contacted my landlord, he said he’d already taken care of the mouse problem before I moved in.  That was news to me.  I think I would have liked to have known if there had been a problem with rodents living in the house I intended to occupy for the next couple of years.

My personality, though, is such that I can’t just not do something about a problem.  I have to take it on until it’s solved.  It’s the kind of personality trait that drove my mother crazy and made her proud at the same time.  So, I headed to the hardware store, picked up a few mouse traps, and set them around the house near the areas that had the droppings.

I was really surprised by what I caught, though.  It was definitely not a rat.  Nowhere near big enough.  It didn’t really look like a mouse, either.  I mean, it was small, brown and furry.  But, its nose was a lot longer and the face was, just different than a mouse.  So, I took a picture and threw it out, and then re-set the trap.  Then, I looked it up online.  Turns out, I have a vole in the house.  I’ve never seen a vole up close, until today.  I’ve seen the damage a vole does in a yard, though.  But, I was pretty sure they stayed out in the yard.  Chewing through tulip bulbs, the roots of bushes, and making yucky brown trails all over the yard, evidence they’ve successfully killed the grass over their tunnels.

And, now it turns out I actually have a vole in the house.  Well, at least I did.  But, my research shows that, where there’s one vole, there’s many.  I bet the voles just use the little mouse holes left by the mouse population my landlord swears he killed.  While I don’t have any plants or things for them to eat inside, it is warm and dry, and I’m sure looks like a perfect place for a vole to burrow.  I don’t care.  A rodent is a rodent.  Whether it’s a mouse, rat or vole, it needs to be out of my house.  Now, if I can only convince my landlord to call Allstate Animal Control to take care of the voles in my house . . . maybe I should fish the vole out of the trash and show it to him.  Sometimes, a visual aid is the best argument.