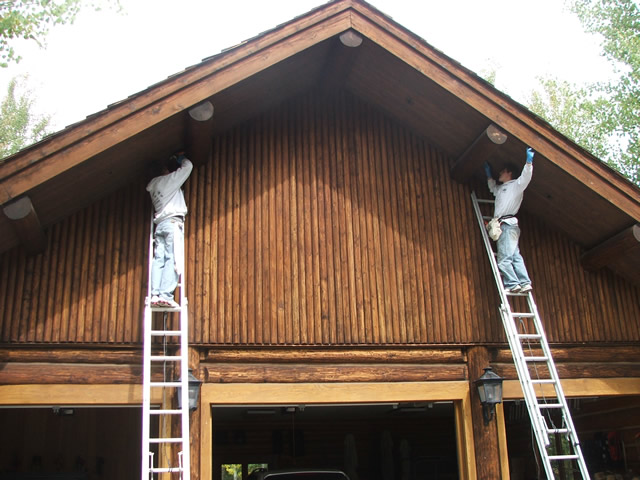 We literally just moved here, and already I have to look for bat removal in Salt Lake.  Ugh.  Yesterday morning, we finished packing up the moving truck from our home in Lincoln, Nebraska, and sent it on its way to our new home in Salt Lake City, Utah.  We filled our car up with an expensive tank full of gas, stopped by to say a final farewell to some friends, picked up some road trip food, and started the twelve hour drive to our new neighborhood.  As usual, we left a couple hours later than we had planned.  The goodbyes took longer and were more difficult, filled with promises to keep in touch with emails and phone calls.  Then, we had to pick up our last paychecks and close our local bank account.  Once we were finally on the highway, it was bittersweet.  We were excited to get to the next chapter in our life, and sad to leave the place we’d called home since we’d gotten married.

We had struggled the first couple years of our marriage.  Money had been really tight, and we had tried to make ends meet by working ourselves to death.  I worked as a video editor for a local news station from 4 am to noon, after which I’d work at my receptionist job until 6 pm.  My husband was finishing up his bachelors degree in computer science during the day and worked as a security guard at night.  He didn’t get home until ten at night.  Since I had to get up at 3 am, I was already asleep, so I’d wake up just enough to mumble an “I love you,” before falling back asleep.

So, after he finished up his degree, he went job-hunting, and found this new job that offered him more than my two paychecks combined.  It was a no-brainer, even though it meant leaving home behind us and creating a new life in a different state.

We drove up to the cute little bungalow we’d found during a previous house-hunting trip late last night.  The moving truck is supposed to arrive here sometime in the afternoon, so we figured we’d just haul our sleeping bags up to our new bedroom and crash on the floor for what was left of the rest of the night.

Early in the morning, the sun came streaming through our east-facing window, and I woke up vowing to get the darkest window shades I could find as soon as I could find them.  Something felt a little “off” to me as I sat up in bed, but I figured it was just because I wasn’t familiar yet with the sounds of my new home.  Then, something small and wet dropped on my husband’s head.  I looked up, and saw about 20 bats hanging from the ceiling.  One of them had just dropped a nasty little package onto my husband.

So, instead of worrying about where I’m going to place the couch or which dishes will go into which kitchen cabinet, I get to find a good bat removal service in Salt Lake.  I’ve gone too long without a good night’s sleep with my husband next to me.  Salt Lake bat removal will get rid of those bats and let me finally, finally, have a full night’s sleep in the same bed with my husband.