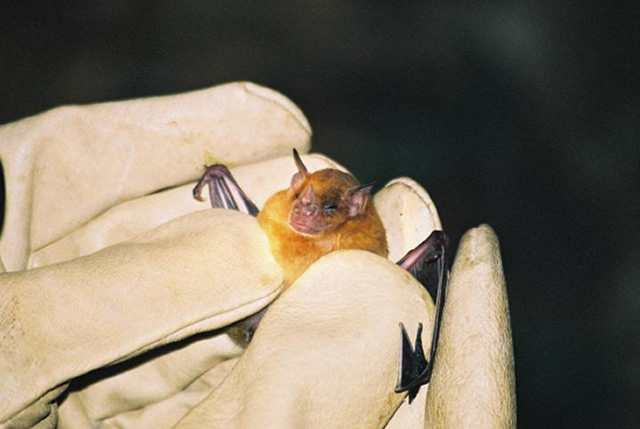 I recently dealt with a bat in the house, and had a whole adventure with it before finally calling Allstate Animal Control to get rid of the bat and make sure I didn’t have any more living in the attic or chimney or anywhere else.  Before this all happened, I had no fear of bats.  I saw them in the zoo.  I caught glimpses of them flying around the nearby park when I was running at twilight.  I know they keep insect populations down, especially mosquitoes, which are a real problem around here.  I know they are pretty amazing animals.  So, I never had a fear of them.

Until I stepped on one in my bare feet.

Yep, that was pretty awful.

It was mid afternoon.  I’d just come home from class and I was getting ready for work.  I’m trying to get my bachelors degree, and then I want a masters in business administration.  Between work, school and my social life, I keep myself pretty busy, and I don’t spend a lot of time at home.  So, I didn’t know I had a bat problem.  I had grabbed a bowl of cereal for lunch (don’t judge me), and was taking it back to my room so I could eat while looking for my shoes, since I didn’t have a lot of time before work.  I turned the corner into my room quickly and as soon as I stepped down, I knew something was terribly wrong.  Something hairy, squirmy and very angry was wriggling beneath my foot.  I pulled my foot up, and this black shadow flew straight up to the ceiling, bumped around up there, and then settled out of sight on the top of my book shelf.  I didn’t even have breath left to scream, and I desperately needed to disinfect my foot, make sure I didn’t have a bat bite, and probably hire a hypnotherapist to make me permanently forget the memory of stepping on a bat.

I certainly didn’t want to investigate to see whether the bat was still alive.  I pulled the bedroom door shut, washed my feet about twenty times, cleaned up the spilled cereal, pulled on a different pair of shoes from the downstairs closet, and headed out to work.  During my break, I called United Wildlife Control so they could send a professional out to get rid of the bat in my house, and check to make sure I didn’t have a bat colony lurking around anywhere else.

Now, of course, I’m terrified of bats.  I’ve gone running in the park a few times since then, and every time I see one out of the corner of my eye, innocently swooping around in the air to catch itself some dinner, I stifle a shriek, start to shake, and my foot involuntarily curls up.  I’m sure my reaction will lessen as time goes by, but in the meantime, I think I’ll join a gym and run on a treadmill.

Bat Trapping as a family is usually not an organized, pre-planned event, and it certainly is a terrible thing to attempt in the middle of the night.

A family member wakes up in the middle of the night, and heads for the kitchen, visions of last night’s enchilada’s dancing in their head.  Leftovers sound pretty great at 3 in the morning when you can’t sleep.  A light switch is flicked on and he walks over to the refrigerator, grabs out the pan and sets it on the counter.  It isn’t until he turns to the silverware drawer that he sees it, a large black smudge on the wall that wasn’t there before he went to bed.  Then, the smudge moves, and he realizes it’s a bat.

His yell wakes everyone else up, and they come running into the kitchen, only to have mixed emotions when they find out what the yelling was about.  An older brother mocks him for being scared of something so little.  A little sister screams even louder than he did.  Mom shudders, wondering if it flew into any of the bedrooms while her children were sleeping.  Dad’s mad and wants to trap the bat so he can get back to sleep.

Of course, no one is thinking very clearly that early in the morning, so the family becomes a living, breathing Laurel and Hardy movie, running around, waving things, throwing things, bumping into each other.  Through it all, the bat just sits there on the wall, oblivious to everything.

Finally, Dad takes charge and calms everyone down as best he can.  He grabs up a towel, and heads towards the bat.  The moment he gets close, though, the bat is off and flying.  People scream, but no one wants to admit it was them.  Dad runs through the kitchen into the front room, following the bat with his trusty old towel.  Someone turns on the light to the front room, which just causes the bat to fly around more frantically.  More screams.  Big brother thinks he’s being helpful when he comes running in with a large plastic tote, waving it around, and bonking into Dad and his towel.  No one is quite sure what either Dad or big brother intend on doing with the bat, armed insufficiently as they are.

Finally, little sister brings in a butterfly net and waits until the bat has landed on a wall again. She hands it to Dad, who creeps up to the wall, intent on bat trapping.  He slams the butterfly net over the bat and Mom asks, “Now what’re you going to do with it?”  Slowly, unsure of himself, Dad maneuvers the net until the bat is trapped within.  He opens the door and throws his new bat trap, bat inside, out into the front lawn, and jumps back into the house, slamming the door behind him.

It took a while for everyone to calm down enough to go back to bed, for the rest of what was left of the night.  Everyone hoped that bat would find its way out of the net and back into the open sky, but no one slept very soundly until they could go out and make sure their bat trap had worked.