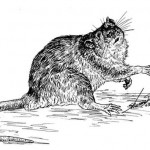 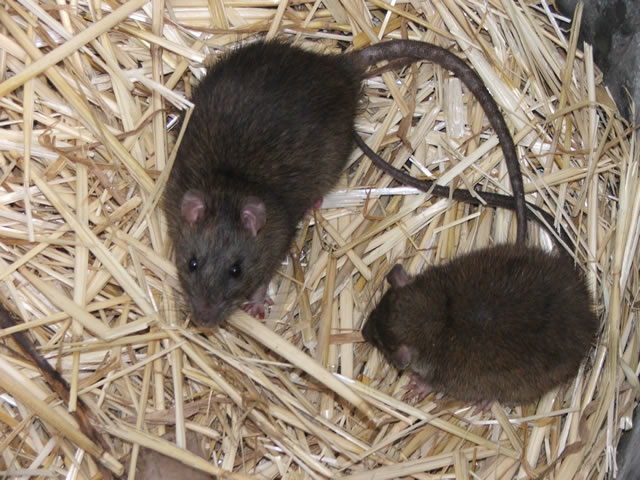 I clean and repair foreclosed homes for a living, so I’ve seen my share of rodent infestations, but this home was so horrific I had to shower at least four times after I got home from work.

Cleaning foreclosed homes is not the dream job, I’ll admit, but at least it’s a job.  Like many people, I worked in the construction business for a long time until the housing market dropped.  When I’m not repairing foreclosed homes and cleaning them, I’m a flooring guy.  I lay carpet, hardwood floors, tile and vinyl.  I’m used to the muck and guck of ripping out old floors and finding everything from pet urine to bugs underneath.  So, you’d think I wouldn’t be as disgusted by the remnants of a rodent infestation as other guys.  Usually, that’s true, until I got to this house.

When I arrived, it was obvious from the exterior that the home had been abandoned for a while.  The lawn was seriously overgrown with weeds, the tree out front was dead, and untrimmed bushes practically hid the front door.  Abandoned homes don’t usually stay abandoned for long.  Wild animals nearly always move in, attracted by a warm, protected shelter and any food source they can find within.  Trash, old food, and bugs are plentiful inside some of these abandoned places, so I often have to deal with getting rid of a rodent infestation.

I think I actually gasped when I walked into this place, though.  The place was covered with hard little black pellets.  It looked like a raisin processing plant had exploded in there.

Most times, you can tell when a home is infested with rodents, because rat droppings or mouse droppings will follow a trail.  Rats like to stay up against walls, feeling their way along the wall with their whiskers, so they’ll leave rat droppings in a little trail.  The kitchen counters in this home had the tell-tale rat trail up against the wall, but that was just a small portion of what I saw.  The entire floor, all counter surfaces, the stove, the oven, the refrigerator and every cabinet was covered in rat droppings.

I moved through the home, investigating the living room area, the bedrooms and the bathrooms.  I could actually see little clouds of dust rise up as the nastiness crunched under my feet.  Fortunately, my training had kicked in before I had even walked into the home, and I’d put on my respirator and protective clothing and gloves.  I carried my camera with me and snapped pictures to send off to the bank that handled the foreclosure and their property management division.  I suspected this property would probably be condemned, and had to document everything carefully for insurance and everyone else who would have to get involved.

I have to admit, I was extremely relieved I didn’t actually see the rats.  I had no idea where they were hiding, but there had to be hoards of them.  Only a serious rodent infestation would do that to a house.  I ripped off my respirator as soon as I got back to the safety of my truck, and carefully removed the protective gloves and clothing, disposing of them safely in a plastic bag.  Then, I made the call to the property management company so they could decide what to do next.

No matter how many showers I took and how often I washed my hands, though, it was days before I felt clean again.