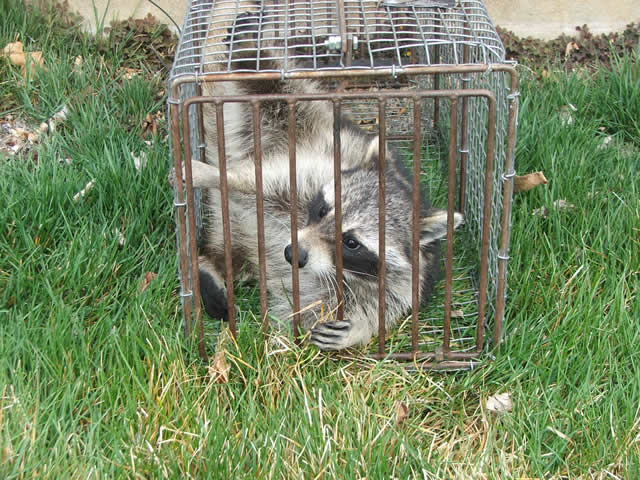 I’ve been working to come up with the best way to get rid of raccoons so my cat Nikita Kitty can eat her food in peace.  My second-grade teacher says that I’m “spunky” and “extremely creative”, even though I think sometimes she doesn’t mean that in a good way.  So, I’m sure I can come up with some great master plan to keep Nikita safe.

The first thing I thought of was I’d build a big rocket, and then I’d put the bestest cat food in there.  That greedy raccoon wouldn’t be able to resist, and would come right over to steal the food.  Blast off!  I’d shoot the rocket ship right up into space, all the way to the moon!  That raccoon would be like, “Oh, no!  I don’t have my space helmet!” Then, it’d just steal one from another space ship, because they’re good at stealing stuff, and it would just live the rest of its life on the moon.  And every night, Nikita and I would just look up at the sky and laugh and laugh, thinking of that raccoon stealing food from the space animals that live on the moon.

But, then I realized I didn’t know how to build a rocket ship, so I thought I’d dig a booby trap in the backyard instead.  That’d be a great way to get rid of raccoons.  I’d dig and dig a huge hole, all the way down to the center of the earth.  And then, I’d take pieces of the cat food and make a trail all the way from our porch to the hole and throw the rest of the food in, so the raccoon could smell it and want to go in the hole.  It’d go in the hole thinking it wasn’t that deep, that it could get back out again, but nope!  It’d just fall right on through to the center of the whole earth, and it wouldn’t be able to climb back out ever again.

I had to throw that plan away, just because Mom doesn’t even like it when I dig holes to bury my broccoli, so I doubt she’d be okay with a hole that big.

Guns and super missiles wouldn’t work either.  If I blew up the raccoon, I’d probably end up blowing up the house n’ stuff, and I KNOW Mom would be mad then.

Do raccoons swim?  Because I could throw a big net down on top of it, and then throw it onto an island in the middle of the ocean.  Course, I’d have to get a helicopter to take me out there, just so I could make sure it landed on the island and didn’t drown.  But, I’m kind of afraid of being up too high, so I don’t think I’d be real happy way up high in a helicopter over the ocean.

Sigh.  I think I’m going to have to turn this problem over to Mom and Dad.  I’m sure they’ll need me to consult with them, though, on how to get rid of raccoons.  I’m too little to do some of that stuff, but maybe Mom or Dad would be willing to fly on a helicopter, or maybe they could build a rocket ship.