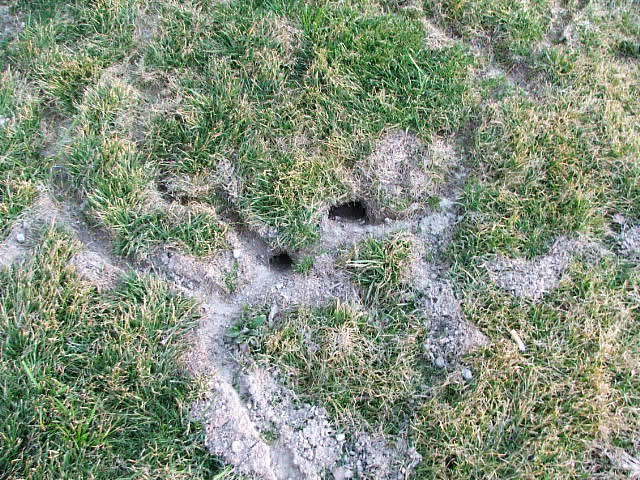 Last spring, my neighbors and I battled an overpopulation of voles in our lawns, and many of our conversations this winter have been wondering if we would continue to have a vole problem once the snows thaw.  One of our neighbors was particularly upset, because they invested in some gorgeous apple trees a few years ago and were starting to enjoy the “fruits of their labor”, so to speak, when we experienced an overpopulation of voles in our county.  Most of us just had to deal with vole damage such as trails of dead grass crisscrossing our yards, making them look like some kind of road map.  A few of us had planted tulips and daffodils and were disappointed, because voles had eaten the bulbs we’d so painstakingly planted throughout our flower beds.  But, the neighbors with the apple trees suffered the worst damage.  Voles had basically gnawed rings around the trees and roots, and exposed the trees to disease.  All of their hard work and the money they’d invested in the trees were now for nothing, and they were understandably upset.

I’ve done a little more research on the subject during this winter.  I was worried once I found out that voles can breed all year long, and a mother vole can have three or four litters during the winter season, each with up to ten babies.  I didn’t even bother planting bulbs last fall, and I’m not planning a vegetable garden until I can get a barrier in place to discourage the voles from eating all my vegetables and herbs.  I just imagined hoards of voracious voles running rampant under the layer of snow, munching, breeding and tunneling.  It made me sick and for the first time in my life I dreaded the spring.  I just dreaded the idea of battling an overpopulation of voles again when the weather turned nice and I could see the extent of the damage.

I inspected the yard as the snow melted off after each storm, but I couldn’t see any damage so far, and I began to have hope.  Had some disease spread through the vole community and wiped them out?  Did the high number of vole traps throughout the neighborhood actually catch them all?  Would we be able to enjoy our lush, green lawns this year, like normal?

Some of my neighbors actually considered getting outdoor cats to roam the neighborhood, and I could certainly see some merit in that.  They’d keep down the vole population, as well as mice or rats, right?  Of course, not everyone in the neighborhood likes cats or sees the value of having them around.  One neighbor was pretty upset, because she’d already had a problem with feral cats getting into her garage and making a mess of everything in a previous home, and swore she wouldn’t go through that again.  I guess an overpopulation of feral cats isn’t the solution to an overpopulation of voles, but something has to work, right?

So, we still don’t know what, if any, vole damage or vole problem we’ll have to deal with when the weather gets better.  But, I do know this – I won’t settle for setting my own vole traps or doing battle with them alone.  I’ll call in a professional to handle the problem for me this year!