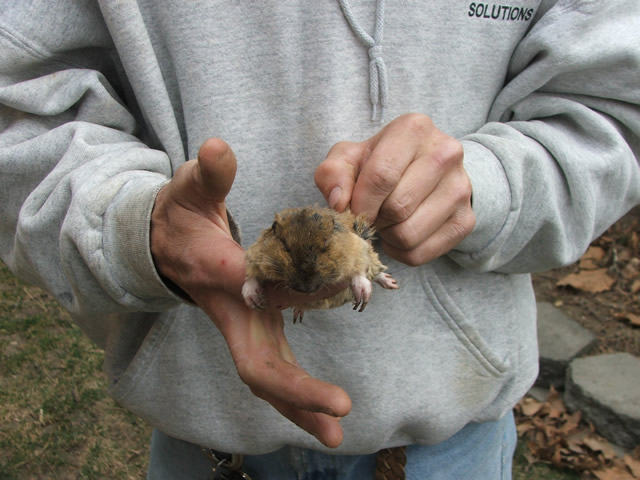 Labor Day is the perfect day for hanging out at the park, enjoying the sunshine, letting the kids play, barbequing, flying kites, and thinking about gopher removal.  Well, you’d hope it wasn’t that last one, but a group of picnickers were surprised to see a gopher pop up, bold as you please, out of a hole in the middle of a large crowd.

After the initial shock, it became the center of attention and the topic of all conversations.  Its little head poking around at the top of its hole, sniffing, looking around, and generally being adorable.

It explained some of the other holes all around the area.  Some of the kids had tripped and fallen as they played, their little feet tripping over the gopher holes.  A few women oohed and aahed over the cute little rodent, which had already disappeared into its hole and then popped back out again, with a scoop of dirt between its paws.  Admittedly, it was cute, if you like that sort of thing.  Light brown with little black eyes and tiny little paws.  It had no fear at all of the people standing and playing around its holes.  It knew it could just dive back down out of reach at the first sign of trouble.

But, some of the more observant members of the crowd looked around at the park and spotted the damage.  Some of the trees were dying.  Bark was stripped off the bottom of the trunks and they looked like they dying of thirst, their roots having been eaten by the gopher.  One tree was leaning over dangerously, it was probably undermined enough to topple one of these days.  The grassy park was littered with splotches of dirt, splayed out and around the holes.

But, for now, it was Labor Day, and no one was probably working at the city offices to take the call, requesting gopher removal from the park.  Never mind that gophers usually attract larger predators that might lurk around after dark, hoping to catch a tasty treat.  Weasels, skunks, bobcats, snakes would all love a gopher meal.  Never mind that gophers can carry lice, fleas, ticks or mites, or even carry diseases such as monkey pox or rabies.

No, for the moment, it is considered a cute distraction, an extra attraction to the festivities at the park on Labor Day.  Children continue to play, sometimes peering down a newly discovered hole in the hopes of seeing another one.  Parents continue to drink their drinks and talk and maybe take a picture or two of the wild creature joining in on the party.  They can think about gopher removal another day, right?