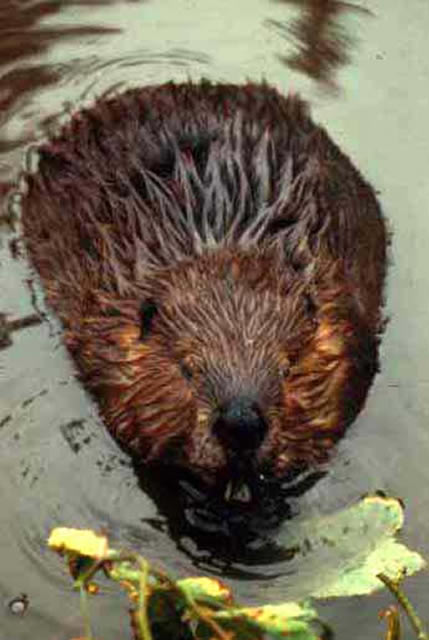 My wife got so sick of my bellyaching about the beaver damage down by the creek, that she kicked me out of the house this morning with my video camera so I could at least record it.  It’s just such a shame to have so many trees comin’ down out there.  We’ve lived here for near on twenty years, and we’ve never had so much trouble as we do this year.  I’ve been trying to get the county to do somethin’ about it, but they keep tellin’ me it’s lean times and all, and they barely have enough funds to keep up with snow removal and fixin’ pot holes.  It means the landowners around here are gonna have to do somethin’ ourselves, or we’re gonna be in a real fix before too long.  Property taxes have been goin’ up something awful over the last few years, and the county council members all got raises.  Plus, they hired a few more people up in the county offices.  So, I’m getting’ pretty worked up that they refuse to help us out here.  If they don’t, I think they’ll find the beaver damage will cost ‘em a lot more than if they’d removed the beavers causin’ all the problems in the first place.

So, I got myself out here with my dog, Trixie, and we had no problem findin’ most of the trees the beavers took down.  Most of ‘em are pretty young trees, only about two to five years old, maybe.  There’s one that’s an old oak tree, though.  Been there for as long as we’ve been here, and you can see the beavers have been working at it.  Probably taken ‘em weeks and weeks of chewing on that thing just to get it down to a point where it’s teetering over a bit.  Won’t take ‘em much longer to get that old tree down.  Shame.  Just a shame.

I counted over thirty trees been taken down, some of them in the creek, and you can see where the creek’s risin’ up past the banks.  Downhill from here, about only a quarter mile or so, is a main road.  When that creek gets dammed up, no telling what the water damage is gonna do.  Some of the trees have been knocked over a popular jogging trail, so someone’s going to have to clear that up come Spring, when people come out here to walk or ride their bikes.

Yep, I’ll have to bring this tape into the council and see if they’ll figure something out so they can afford to get some professional in here to rid of the beaver and clean up the beaver damage.  Dunno what I’ll do if they ignore me again this time.