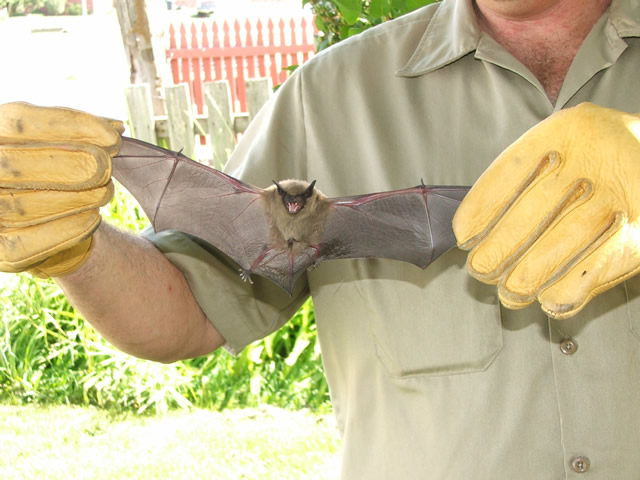 The realtor was excited to show this particular house, newly built, spacious, prime location, but he had no idea he would have to do a bat removal before he could sell the home.

He daydreamed about what he might buy with the commission from this house as he pulled into the brand new subdivision.  He drove around a pile of old lumber ready to be placed as a concrete form, carefully watching for construction debris.  His new car was the result of selling most of the homes in this new neighborhood, and he wasn’t about to let an errant nail puncture the tire!

The builder had spent a lot of extra time and attention to this particular house.  There was no furniture in the home, no need to “stage” anything.  The sumptuous interior spoke for itself.  Pristine white carpet was extra soft beneath his feet, the large windows let in the afternoon light, and expensive wood moldings gleamed, dust-free.  He felt optimistic as he opened the door for his first appointment.

The prospective buyers were obviously impressed as they walked into the home.  With delight, they surveyed the huge front room, with its gorgeous stone fireplace that took up an entire wall, and . . .

“What’s that?” the wife questioned, innocently.  Her husband and the realtor tried to make out what she was looking at, and with horror, the agent realized it was a bat, happily hanging from a stone in the fireplace.  It was obvious the wife realized what it was, too.  Both husband and wife turned their eyes on the agent.

He stammered, “I had no idea, I mean, this never happens . . . “   He looked around for something to frighten the bat out of the house.  It was an empty home, though.  No brooms, no tennis rackets, not even a pair of protective gloves.  The couple decided they’d come back another time and quickly left, leaving the hapless agent to figure out some way to remove the bat before his next appointment arrived.

He ran out to his car to see what he could possibly use.  There!  He dumped the pamphlets out of the box, grabbed up the snow brush and his extra shirt he always brought with him.  It would have to do.  Armed with these makeshift bat removal tools, he went back into the house, made sure the bat had not moved from its perch on the fireplace, and gathered his courage to put his plan into action.

Holding the box as close as he dared under the bat, he quickly swept it into the box and threw his shirt over the top, holding it down over the sides as tightly as he could.  The bat fluttered and battered the inside of the box, but he managed to get it all outside, threw the box as far away from his as he could, screamed and ran in the opposite direction.

Heart still pounding, he smoothed his hair down again, picked up the now-empty box and shirt and replaced everything in his car just in time for the next appointment.  He wondered if it was possible to add bat removal service as part of his commission.